THE MOST BEAUTIFUL BEACHES OF NORTH WESTERN SARDINIA

FROM CASTELSARDO TO BADESI, FROM THE RED ISLAND TO COSTA PARADISO:
THE MOST BEAUTIFUL BEACHES OF NORTH WESTERN SARDINIA 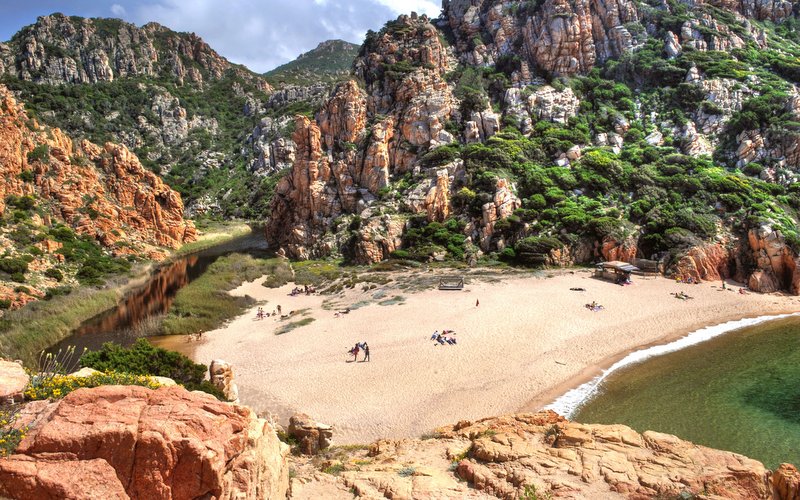 Wherever you decide to spend your holidays in Sardinia, from north to south you are sure to find wonderful beaches. We focused on North-Western Sardinia, that is, the area facing the Gulf of Asinara up to the Costa Paradiso.

Here are certainly the most beautiful and unmissable beaches in North West Sardinia:

BEACH DE LA PELOSA
La Pelosa is located in the town of Stintino, at the north-east end of Capo Falcone, facing the Isola Piana and Asinara. It has been mentioned several times among the most beautiful beaches not only in Sardinia but in Italy for its crystal clear waters. What makes it special and recognizable is certainly the Aragonese Tower built in 1578. Like all known beaches, La Pelosa is very crowded, especially in high season, which is why paid parking has also been added.

PLATAMONA BEACH
Continuing north, you come to the beach of Platamona, the beach of the Sassari people between the Marina di Sorso and the Torre di Abbacurrente, towards Porto Torres.
15 km of white sand ideal for those who want to take long walks and enjoy unspoiled nature between still intact dune systems and a pine forest behind it.

LU BAGNU BEACH
Lu Bagnu beach is located in the Castelsardo area. Very easy to reach from Castelsardo, it is made up of large pebbles that emerge here and there in the blue sea. After the first part of the beach, a golden sand cove opens up. Being a popular destination, it is also a destination for surfers.

MARINA DI BADESI
After Castelsardo, you meet the Marina di Badesi. It is divided into two beaches, each with different characteristics depending on the needs. The first beach is that of Li Giuchi, more equipped and popular, and that of Li Mindi, with its unspoiled and wild nature, which offers a wonderful view over the entire coast up to the suggestive rocks of Isola Rossa.

ISOLA ROSSA – LA MARINEDDA
Isola Rossa is one of the most evocative seaside resorts in North Western Sardinia. It is located in the municipality of Trinità d’Agultu and Vignola. The name derives from its characteristic red rocks and enclosed between the red rocks of Punta li Canneddi and the Mediterranean scrub is the beach of La Marinedda. La Marinedda is also a surfer’s paradise on windy days.

COSTA PARADISO – CALA LI COSSI
One of the most enchanting in all of Sardinia. Li Cossi beach is set in a bay, a valley of high granite rocks and Mediterranean scrub. Sheltered from the wind, it takes its name from the river of the same name that crosses it and is a favorite with diving enthusiasts for its depths rich in vegetation and fish.